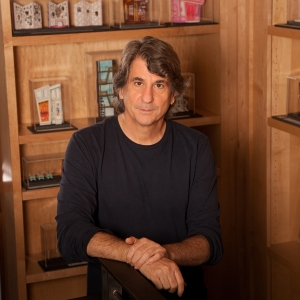 Long before turning his attention to architecture, Rockwell harbored a fascination with immersive environments. Growing up in the U.S. and Guadalajara, Mexico, Rockwell was a child of the theater—often cast in community repertory productions by his mother, a vaudeville dancer and choreographer. Rockwell brought his passion for theater and eye for the color and spectacle of Mexico to his architectural training at Syracuse University and the Architectural Association in London.

In 1984 he founded Rockwell Group, a cross-disciplinary architecture and design practice. Based in New York with satellite offices in Madrid and Shanghai, the firm focuses on a diverse array of projects ranging from restaurants, festivals and events, hotels, and retail stores, to Broadway set designs, art installations, and custom furniture.

In 2010 he was inducted into the James Beard Foundation Who’s Who of Food & Beverage in America and has also been honored with the 2009 Pratt Legends Award, the 2008 National Design Award by Smithsonian’s Cooper-Hewitt for outstanding achievement in interior design, and the Presidential Design Award for his renovation of the Grand Central Terminal.

In 2014, the Rockwell Group was honored with HD’s Visionary Award for 30 years of innovation.