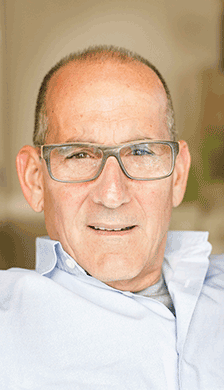 Between 1998 and 2004, Ceriale played a leading role in Blackstone’s acquisition of several leading brands and properties, among them Wyndham Hotels & Resorts; iconic London properties Claridge’s, The Savoy, The Berkeley, and The Connaught; Boca Resorts, Inc., and others.  As both the creator and the managing partner of the Savoy Group and LXR Luxury Resorts, Ceriale worked with many internationally-acclaimed architects, interior designers, and chefs to inject a new and exciting into some of the world’s finest properties.  Among Ceriale’s “dream team” collaborators on these projects were Thierry Despont, David Collins, Barbara Barry, Gordon Ramsay, Tony Chi, Diller Scofidio + Renfro, Alexandra Champalimaud, David Rockwell, Angela Hartnett, Masaharu Morimoto, and more.

In July 2007, Ceriale played an important role in Blackstone’s acquisition of Hilton Hotels.  With the acquisition of Hilton, Blackstone brought its portfolio of hotel rooms worldwide to 600,000.  He is also the founder of the London hotel brand, of which there are currently two properties: the London NYC and the London West Hollywood.  Most recently, Ceriale was an advisor on two of the biggest deals in hospitality of 2014:  the sale of the New York’s iconic Waldorf Astoria, and the Blackstone Group’s purchase of the Cosmopolitan of Las Vegas.  Additionally, Ceriale and Prospect Advisors oversaw the $50 million renovation of a historic landmarked Paris building, a Blackstone Group asset, which became the Hilton Paris Opera in February 2015.
Ceriale serves on the boards of three other Blackstone-owned hospitality companies:  Motel 6, Hilton Hotels, and Center Parcs UK.
Ceriale also serves on the Cornell School of Hotel Administration’s Dean’s Advisory Board, whose goal is to ensure that the school continues to best meet the needs of the world’s largest industry.  Additionally, in July 2011, he endowed the John and Melissa Ceriale Professorship of Hospitality Human Resources at Cornell’s School of Hotel Administration, and is working to endow the Cornell Institute for Hospitality Labor and Employment Relations.
Before founding Prospect Advisors in 1998, Mr. Ceriale was the Senior Vice President of Operations for Westin Hotels and Resorts North America, where he oversaw the operations of 60 hotels and played an integral role in successfully reinventing the Westin brand.  Prior to Westin, he spent four years at Fairmont Hotels and Resorts as Executive Vice President of Operations.  From 1980 to 1991, Ceriale served as General Manager for several of Marriott Hotels and Resort’s finest properties.

Ceriale graduated from Loyola College in Baltimore with a Bachelor of Arts in Political Science and received a Bachelor of Science degree in Hotel Management from the University of Nevada Hotel School.