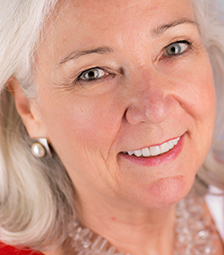 Monk is a senior vice president and global director of hospitality based in HOK’s Hong Kong office. Monk serves on HOK’s marketing board.

Prior to joining HOK in 2013, Monk was a managing partner of BBG-BBGM, an architectural and interior design practice she helped found in 1984. Monk earned her architectural degree from Ball State University where she graduated Magna Cum Laude and was named the AIA Outstanding Senior and the Alpha Rho Chi Recipient. She has been an industry leader in the field of hospitality design since 1978 and recipient of industry’s highest honors, including 1992 Distinguished Contributor IDLNY, 1994 Crain’s 40-Under-40, 1999 BSU Distinguished Alumni Award, Hospitality Design 2002 Platinum Circle Award, 2008 Top Woman in Real Estate and 2014 Women in Business United Cerebral Palsy of New York City Award .

Her projects and ideas are often published in leading hospitality and design journals, such as Hospitality Design, Forbes, Contract, and Crain’s New York Business. In 1992, Beverly Russell published the book “Women in Design,” and Monk was featured as one of 32 notable female designers of contemporary interiors.

A licensed architect and interior designer, Monk is a member of the AIA, IIDA, ULI, NEWH. She co-founded the New York chapter of the AIA Architecture of Hospitality Committee and is a member of the ULI Asia Pacific Hospitality Committee. She teaches an annual course at Harvard Graduate School of Design on the Design and Development of Hotels and is a renowned keynote speaker and panelist at premier hospitality events, such as the NYU Hotel Investment Conference, Hotel Investment Conference Asia Pacific (HICAP), China Hotel Investment Conference (CHIC) and China Hotels and Tourism (CHAT). Monk has also participated in events for organizations such as the AIA National Convention and The Smithsonian and was selected as a juror for the distinguished AIA Interior Design Awards, Hospitality Design’s Gold Key Awards and Sleeper‘s inaugural Asia Hotel Design Awards.