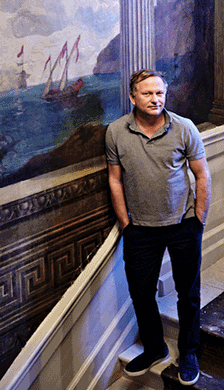 Nick Jones is the founder and CEO of Soho House & Co.

Starting out as a graduate trainee at Trusthouse Forte, he rose to the role of marketing manager at the Grosvenor House Hotel in Park Lane. Eight years later, Nick launched his own trio of restaurants called Over the Top, and in 1992, opened Cafe Boheme in Soho, London.

In 1995, when the Georgian townhouse above Cafe Boheme became available, Nick opened Soho House, a members’ club for people in the creative industries. Since then, the group has gradually expanded to include 20 Houses, offering a way of living for members to eat, drink, relax, work, exercise, and socialize for a community of like-minded people around the world.

Members have driven the growth of Soho House, and each House is localized and designed for the city and neighborhood it’s in. From the design, to the membership, events, food and drink, everything is tailored to that community.

In 2017, Cities Without Houses opened as a new membership type, building communities in cities that don’t yet have a House, but where there are creative, like-minded people who travel a lot and would like to have access to the Houses around the world. Members are part of the Soho House community and can attend events in their own city.