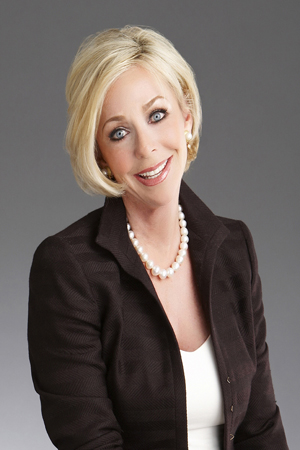 Wilson is the founder and former CEO of Wilson Associates, an interior architectural design firm based in Dallas with offices in New York, Los Angeles, Singapore, Shanghai, Abu Dhabi, and Cochin, India. Wilson has built her global empire around the business of designing hotels, restaurants, clubs, casinos, and high-end residences.

Wilson has won countless awards, including the Chiapas International Women Who Give Hope Award. In April 2006, Wilson she was awarded the Manfred Steinfeld Humanitarian Award by Hospitality Design.

Wilson has appeared on countless radio and television broadcasts and has been written about in various publications. In 2004, she completed her book called Spectacular Hotels, which takes one on a journey around the globe through the world’s most remarkable hotels.

Currently, she serves on over 17 boards, and is active in many civic and community organizations, including the Wilson Foundation and JP Morgan Chase Bank in Dallas.

A graduate of the University of Texas at Austin, Wilson serves on the development board, is a member of the executive committee of the Chancellor’s Council, the Littlefield Society, and the Commission of 125.